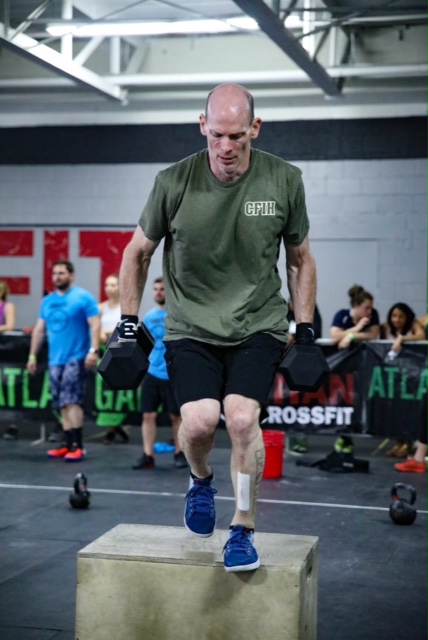 Brendan found crossfit while training in Krav Maga (self defense) after years of globo gym work had become tedious and results harder to notice. After 6 months of extraordinary guidance from some devoted coaches he was seeing results and became committed to the principles of constantly varied movements at high intensity. Brendan joined CrossFit Iron Hammer as one of the founders club members and ultimately decided to start coaching this past February. His full time occupation is as a veterinary surgeon and like Brad has a Georgia connection having graduated from UGA Veterinary College in 2000. Crossfit has been a means of stress release and provides a much needed competitive outlet. With coaching the rewards have been just as gratifying and he looks forward to expanding his areas of training and coaching in the future.